For the second year in a row, the boldest new work I saw at Cannes was by Pedro Portabella. Umbracle, a multi-faceted statement of political despair from Franco Spain, is far more ambitious and open-ended than last year’s Vampir-Cuadecuc, and even harder to encapsulate. The eerie, spectral imagery of Vampir-Cuadecuc —- slightly over-exposed footage with bleeding whites and grays, where the light almost seems to come from another age, or planet —- persists in parts of the new film, when Christopher Lee takes hallucinatory trips across Barcelona, or visits a museum of stuffed birds in glass cages. Other sequences include a series of statements about Spanish film censorship, a Buñuelian tour of a shoe store, a traditional clown act filmed in toto, a lengthy clip from a Spanish patriotic-religious war film of 1948, a parade of chickens plucked clean in an automated slaughterhouse, and intercut snatches of Keaton, Chaplin, and colleagues played against a throbbing electronic composition with voices.

The use of asynchronous sound, already witty and suggestive in Vampir-Cuadecuc, is here often turned into a blunt instrument of aggression: few directors since Hitchcock and Resnais have played so ruthlessly with unconscious narrative expectations to bug us. A silent image of a couple conversing in a living room is accompanied by loud knocks on a door that grow increasingly hard and abrasive, until we nearly scream that one of them answer the door.

This dislocation is an apt metaphor for the political frustration Umbracle deals with. (The title is Spanish for “wooden shutter”. After helping to produce Buñuel’s Viridiana and protesting the torture of political prisoners, Portabella has been denied a passport by the Franco government for the past four years.) Earlier in the film, a phone keeps ringing and no one answers; and in the penultimate scene, when a woman puts on a record of Beethoven’s Pastoral and moves towards a telephone, both record and image become “stuck” —- the same four notes endlessly repeat themselves while several shots show the fingers reaching, in separate angles, for the dial they will never reach.

Portabella travels a continuous treadmill that is contemporary Spain, that cannot be escaped, and can only be expressed by a scream. Umbracle, using a variety of means and tonalities, is a precise rendering of that scream.

Excerpt about the film Umbracle included in an article by Jonathan Rosenbaum during the 1972 Cannes Film Festival for The Village Voice. The article, Surprises at Cannes: Huston redeemed, Tashlin reincarnated, published on 29 June 1972, can be read in full on the author’s website. 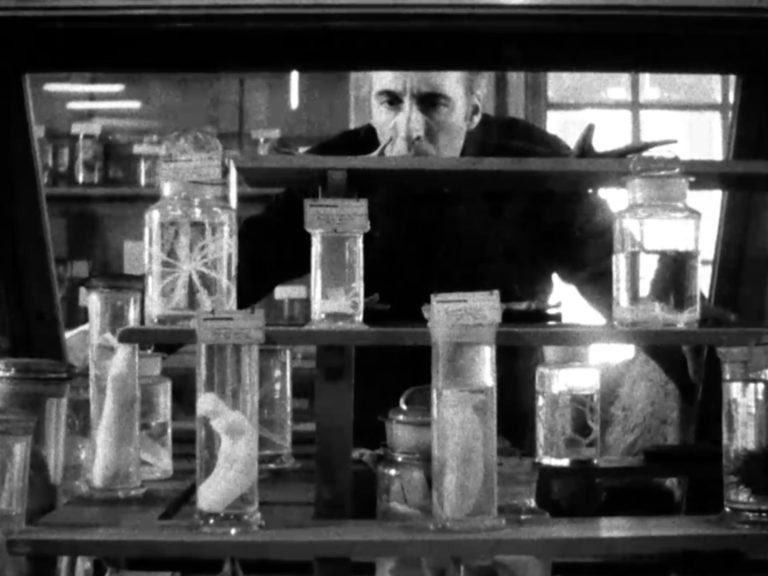