Should a special edition in digital format of Count Drácula (1979), by that prolific Spanish director, Jesus Franco be put again on the market, the very film that Vampir-Cuadecuc  subjugates and “vampirizes” in turn, Vampir should definitely be included as an important extra in the DVD.  It would not be the first time:  many documents on the shooting of certain films demonstrate more cinematic virtues than the star film itself.  At any rate, in this case this is not merely what happens.  Pere Portabella reinvents the “making of” before this audiovisual pseudo-gendre even existed.  And he does so with an absolutely free creativity, taking the material in front of the lens as a basis for the construction of unique and protean images, contrasted with the traditional idea of an impartial reproduction of “what is taking place”;  borrowing elements from avant-garde and underground cinema of the time, editing freely with ellipsis as a leading recourse, working the sound atypically (it is mostly a silent film in which direct sound has been replaced by the most disparate noises and sounds, created and yuxtaposed by the composer, Carles Santos, to whom Portabella dedicates two, complete, short films).  The result is seventy minutes of fantastic inventiveness and an enviable capacity to capture certain intangible essences in each of the images that make up the film.

That this Count Dracula is no more than an inferior clone taken from Hammer’s films is not under discussion (the credits at the beginning of Vampir tell us that Franco’s film is a production of that famous British label, an error that arises, most probably from the fact that Christopher Lee was a regular actor for that production company).  What is really surprising is that Portabella not only narrates the development of this film narrative that is taking place before him (Franco’s film), but he manages to tell the story of Dracula anew:  in its own way, Vampir is a very particular version of Bram Stoker’s classic, elaborated around the deconstruction of the imaginary picture of the famous vampire, created and maintained  by dozens of previous versions.  The Catalan director’s cameras follow the cameras of the director from Madrid during the shooting, but in addition, as if they were fillmic vampires stalking their victims, the cameras invade the rehearsals and suck up unforgettable moments, takes and repetions of takes THAT WILL NEVER BE PRINTED in the mixture of colors and wide screen of Franco’s film, only in Portabella’s 16mm. black & white film.  In this game of reality and fiction, in the cracks between the cardboard scenery and the theatrical make-up, peeking out from behind the wardrobe and the phony teeth, we can make out the actual scope of a cinematic operation that presents itself as entertaining but knows itself to be profound.

There is in Vampir a shot of fleeting and striking beauty that illustrates this idea to perfection.  Soledad Miranda, Franco’s favorite actress at the time –who died in a car accident a few months after the premier of this film- is rehearsing some lines from the script, completely absorbed in her character, when all of a sudden, in a moment that doesn’t last for more than a second, she turns to face the camera and winks.  It is such a huge surprise, especially if the spectator is really concentrating on the drama developing before his eyes, that the realistic effect emerging from the screen is capable of perturbing momentarily the contemplative state of the observer, apparently sure of his senses, from his seat.  A coating of reality bursts forcefully from the bottom of that other reality in construction which is the rehearsal before the shooting, a priceless instant of Truth.  Christopher Lee then goes on to read the last paragraph of Stoker’s novel, and the extemporaneous sound gives way to the unmistakable tone of voice of the British actor.  Vampir is, from all points of view, an unforgettable experience.

Article written by Diego Brodersen about the film Vampir-Cuadecuc. It was published in the catalogue of the 8th edition of the Buenos Aires International Independent Film Festival (BAFICI) on the occasion of the film retrospective dedicated to Pere Portabella. The retrospective took place at the festival and at the Museo de Arte Latinoamericano de Buenos Aires in May 2006. 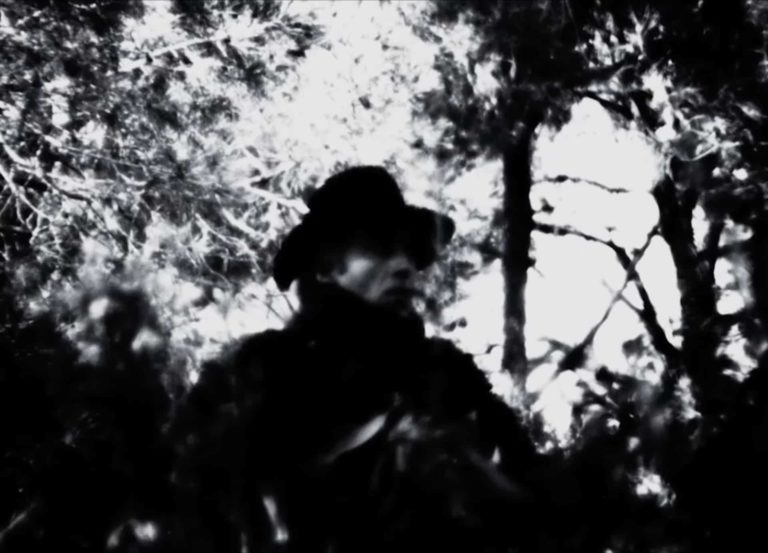