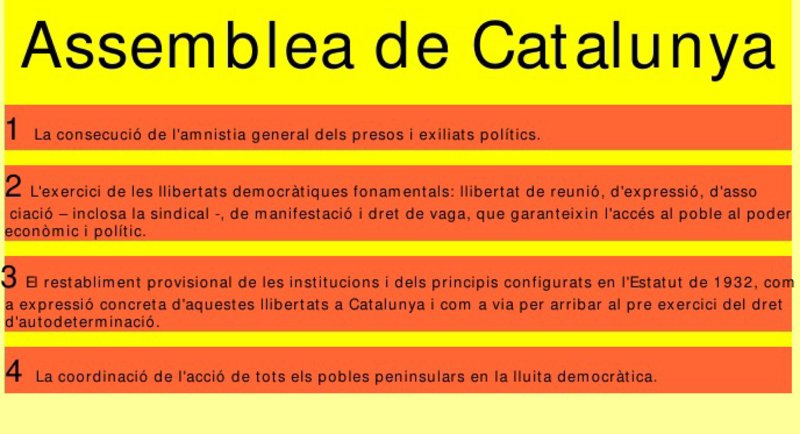 On Thursday 9 September 2021, a public ceremony was held in the church of Sant Agustí in Barcelona to commemorate the 50th anniversary of the Assemblea de Catalunya.

Moderated by Antoni Batista, the event featured speeches by various founding members of the Assemblea in the parish where the unitary anti-Francoist organisation was constituted on 11 November 1971.

The speakers were, in order of appearance: Pere Portabella, Magda Oranich, Josep Maria Rodríguez Rovira and Javier Pacheco, secretary general of the CCOO of Catalonia.

The event was organised by the Salvador Seguí Seminar and the Cipriano Garcia Foundation.

Pere Portabella’s intervention from minute 32 of the video.