Pere Portabella is invested Doctor Honoris Causa by the University of Girona in a ceremony held on February 10 in the Aula Magna of the Facultat de Lletres, the church of Sant Domènec.

With this distinction, the UdG wishes to recognize Portabella’s career, “both in the cinematographic and cultural field and in the social and political sphere, in which he has stood out for his commitment to freedom and artistic practices linked to the avant-garde”.

The investiture has been proposed by the Rector of the Facultat de Lletres and the Dean, Àngel Quintana, is the patron of the doctoral candidate.

More information about the investiture.

In addition to this recognition, several artistic and cultural centers in Girona and Figueres are joining the tribute to Pere Portabella by organizing various exhibitions and events around his figure and his work.

The Bòlit art center in Girona has organized two exhibitions curated by Ona Balló that deal with the close collaboration between Pere Portabella and the composer and musician Carles Santos. At Bòlit_PouRodó, the exhibition “Acció Santos” will take place. The musical thought in the cinema of Pere Portabella” (20/01/2022-27/02/2022) explores the relationship between musical creation and cinematographic filmmaking in the joint work of both authors. At Bòlit_StNicolau, you can visit “Gosar poder” (20/01/2022-27/02/2022), an audiovisual installation made by filmmaker Isaki Lacuesta and inspired by Portabella’s film “Poetes catalans” (1970), which can be seen every Friday during the exhibition in the church of Sant Nicolau.

6.30 pm at Bòlit_PouRodó, inauguration by Pere Portabella, on the occasion of the Doctor Honoris Causa degree awarded by the University of Girona.

6.30 pm at the Centre Cultural la Mercè, lecture “The diegetic music of Carles Santos in the cinema of Pere Portabella” by Ona Balló.

6 pm at the Centre Cultural la Mercè, round table ” Catalan poets: 50 years later” with the artist and set designer Frederic Amat, the poet Ester Xargay and the filmmaker Isaki Lacuesta.

Until March 13th at Bòlit_SantNicolau

Every Friday at 5:30 pm the film “Poetes catalans” (1970) by Pere Portabella will be screened.

For its part, the Museu de l’Empordà organizes, with the curator Xavier Palomo, “Pere Portabella. Art and Life” (05/02/2022-10/04/2022). An exhibition of works that brings together a selection that has followed Pere Portabella throughout his life. Works by artists and friends of Portabella such as Joan Miró, Pablo Picasso or Antoni Tàpies, highlight in this exhibition the link between the filmmaker and the impulse of the artistic avant-garde of the 20th century and the political commitment of its authors.

12 pm at the Museu de l’Empordà, opening by Pere Portabella.

5 pm visit of the exhibition at the Museu de l’Empordà.

5 pm visit of the exhibition at the Museu de l’Empordà.

20:30 pm “Catcines Figueres – “Vampir-Cuadecuc” screening (1970) by Pere Portabella. There will be an introduction by director and film producer Albert Serra.

8:30 pm Catcines of Figueres – “Die Stille vor Bach” screening (The Silence before Bach) (2007) by Pere Portabella, with an introduction by Jordi Balló, professor at the Universitat Pompeu Fabra, film producer and cultural manager.

7 pm at the Auditorium of the Museu de l’Empordà, a lecture on “Joan Miró in the collection of Pere Portabella” by Maria Josep Balsach Peig, professor of contemporary art and director of the Board of Contemporary Art and Culture at the University of Girona.

Within the University of Girona, the University Library at the Campus Barri Vell, offers the exhibition “Pere Portabella. Cinema and politics” (15/01/2022 – 27/02/2022). The exhibition includes posters of the feature films directed by Portabella, posters of films he has produced, a set of objects related to his work as a filmmaker as well as a compilation of documents and photographs about his political activity, with a special focus on his participation in the Assemblea de Catalunya.

To complete the initiatives that surround the investiture, the Cinema Truffaut of Girona organizes on February 10th the projection of the film “Umbracle” (1972). A film the director has chosen for the occasion, a view to hold a talk with the attendees. 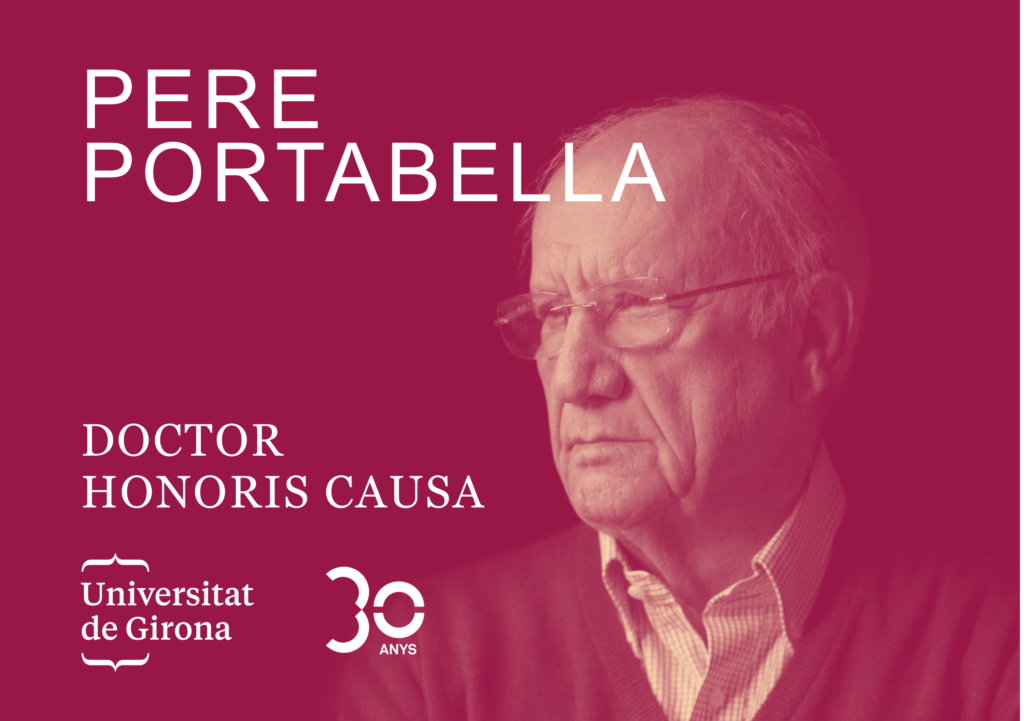 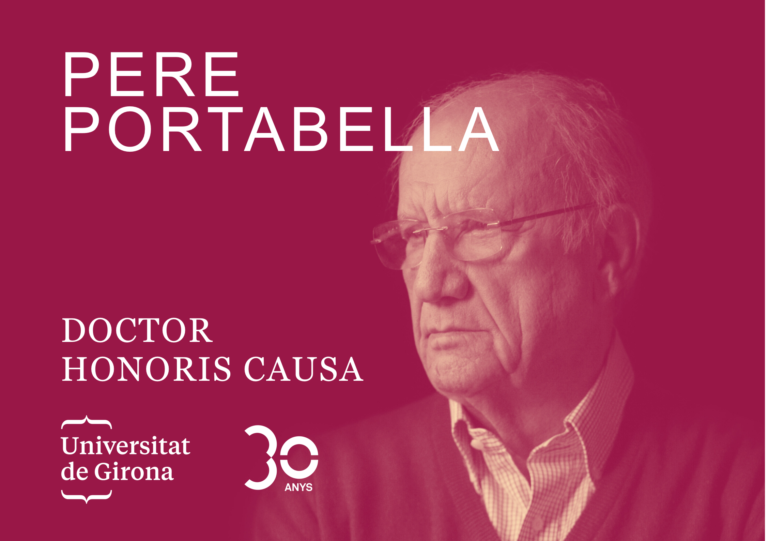