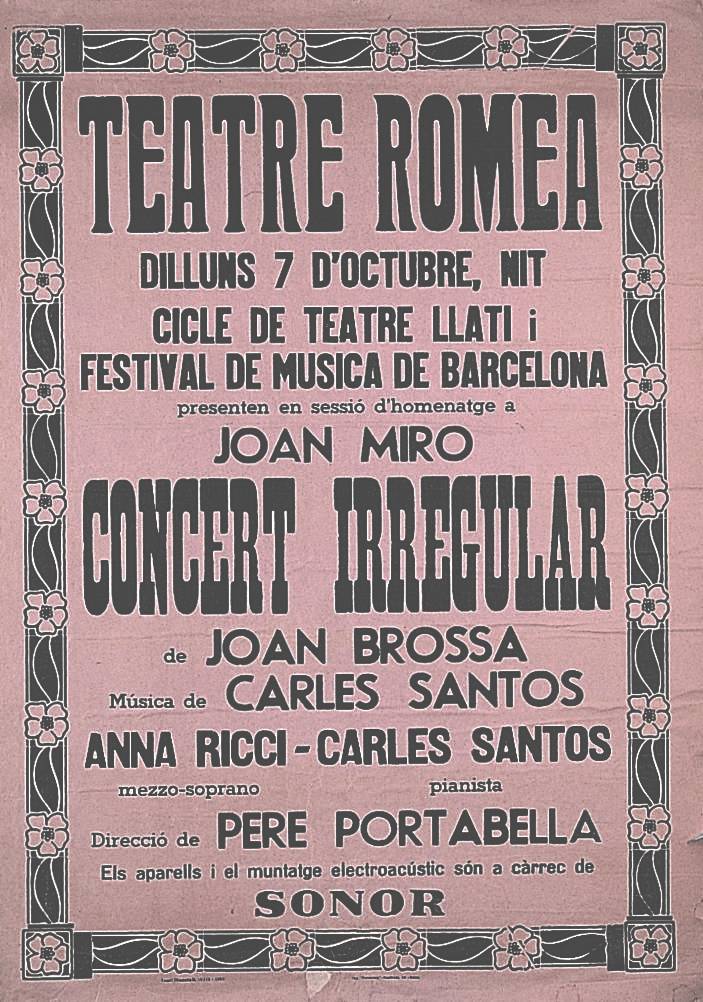 Premiered in 1968 in Saint Paul-de-Vence in homage to Joan Miró’s 75th birthday, Concert irregular demystifies the traditional concert. Portabella, Brossa and Santos declare the uselessness of the piano in the evolution of contemporary music and are committed to the independence of music and action and its poetic potential. Music and action merge in an attempt at theatrical renovation that is close to performance and the international Fluxus movement. Portabella dispenses with the conventional use of stage space and time, giving the work a cinematographic treatment that is absent from the Spanish theatre scene.

Visca el piano! (No al no)
Director
Viridiana
Producer
Uno de aquellos
Director
Umbracle
Director
Train of Shadows
Producer
The geometry between me and what I see
Producer
GO TO WORKS
↑